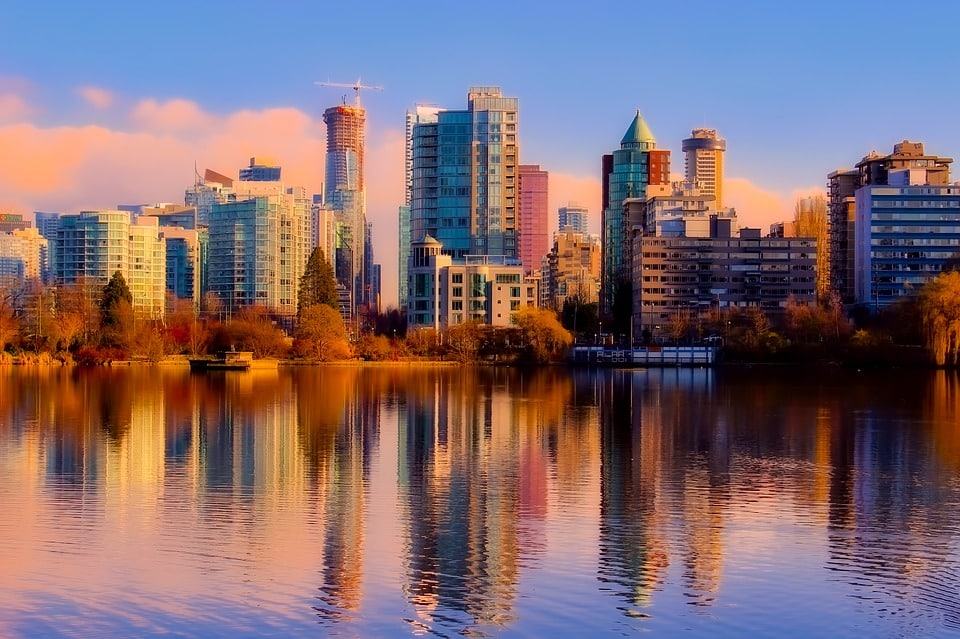 Classified as one of the cities with best quality of life in the world, Vancouver is a compulsory stop for anyone who wants to get to know Canada.

The city has the lowest crime rates in Canada and an enviable climate in comparison with the other Canadian cities. These two factors make it one of the best metropolitan areas to live.

Its population includes a high percentage of immigrant communities, especially Asians and Europeans, making it a multicultural city where newcomers are made to feel welcome.

In this city, urban landscapes perfectly combine with spectacular natural environments. Vancouver has a number of rural parks that allow you to completely disconnect from the world and enter an unforgettable adventure.

Apply today and get your approved travel permit eTA by email!

My first recommendation for you to visit is Stanley Park, because it is close to the city centre and is very popular with people who want to be in contact with nature, without having to go too far from home.

A large part of the park is covered by an impressive forest full of the tallest red cedars in North America. If you go through the forest, you will see countless species of mainly indigenous birds, as well squirrels, hares and racoons.

In the middle of the park there is also a lake and an artificial lagoon where you can go rowing or canoeing.

The most popular attractions in the park include the Vancouver Aquarium, the totem pole area, the adjacent Coal Harbour Marina and the nearby Deadman’s Island.

The Capilano Suspension Bridge is in North Vancouver, a few kilometres from the city centre and is easily accessed by either car or public transport.

This is one of the Vancouverites’ favourite attractions, as well as being one of the city’s oldest attractions since it was founded in 1889. It is suspended about 70 metres above the Capilano River and measures approximately 140 metres. When you cross the bridge you can feel a slight swaying, but you don’t need to worry because the bridge can support the weight of 90 elephants!

If you decide to visit the bridge, there are many other related attractions for you to enjoy. You can visit the Totem Park and the First Nations Cultural Centre, as well as participating in the Treetops Adventure and learning more about the building and development of the bridge.

As I have already mentioned, the Vancouver Aquarium is located inside Stanley Park. Considered to be one of Canada’s most impressive aquariums, you must visit here if you are in the city. The aquarium has an area that is dedicated to the rescue of marine mammals, where, every year, they rehabilitate and set free more than 150 of these animals that have been found injured or unwell.

As you walk through the galleries, you can see more than 50,000 species. You can have fun at the different daily shows, featuring dolphins, sea lions, penguins, walruses, etc.

One of the aquarium’s most unique areas is the one that recreates the natural habitat of species indigenous to the Amazon, where you can discover both marine and land animals, including fish, birds, reptiles and mammals.

The most popular attractions among the public are the films shown in the 4D cinema. Visitors love the cinema because, thanks to its modern technology, every film projected is a very realistic experience.

This centre also has a strong relationship with research programmes within the marine biology field. Many activities are also organised in the aquarium promoting the importance of protecting and preserving the environment..

Check here the requirements for eTA.

If you want to get a really good photo of the city, you can’t miss a trip to the Vancouver Lookout. It is located in the Harbour Centre building, which is one of the tallest in the city, with a height of 177 metres.

Vancouver Lookout was founded in 1977, with the astronaut Neil Armstrong attending the inauguration ceremony. Since then, it has been one of the city’s most visited tourist attractions.

You can take a guided tour, available in various languages or you can just see it by yourself. You can enjoy the panoramic views right from the moment you get into its glass lifts and throughout the journey to the top of the tower where the lookout is located.

You could also enjoy a visit to the restaurant ¨Top of Vancouver¨. The restaurant rotates, allowing its clients to savour delicious dishes while enjoying excellent views of the city without getting out of your seat.

Science World is a natural history, technology and science museum. It is located in the city centre and is easily recognisable due to its architecture in the form of a huge geodesic dome.

Its exhibition halls house six permanent exhibitions on interesting subjects like human evolution, the development of science and the discovery of nature, through situations that are very different from what we are used to. All of them can be enjoyed interactively, with the visitors playing the main role.

As well as the exhibition rooms, the centre has an area used for the projection of documentaries related to the museum’s subject matters.

Many educational projects are undertaken in the museum, aimed at increasing the involvement of students in the fascinating world of science.

So, there is no doubt that Vancouver is the perfect destination for a holiday where you are sure to have one of the best experiences in your life.

See also: How to avoid being refused the Canadian online travel permit and what to do if you are not allowed to travel with an eTA?