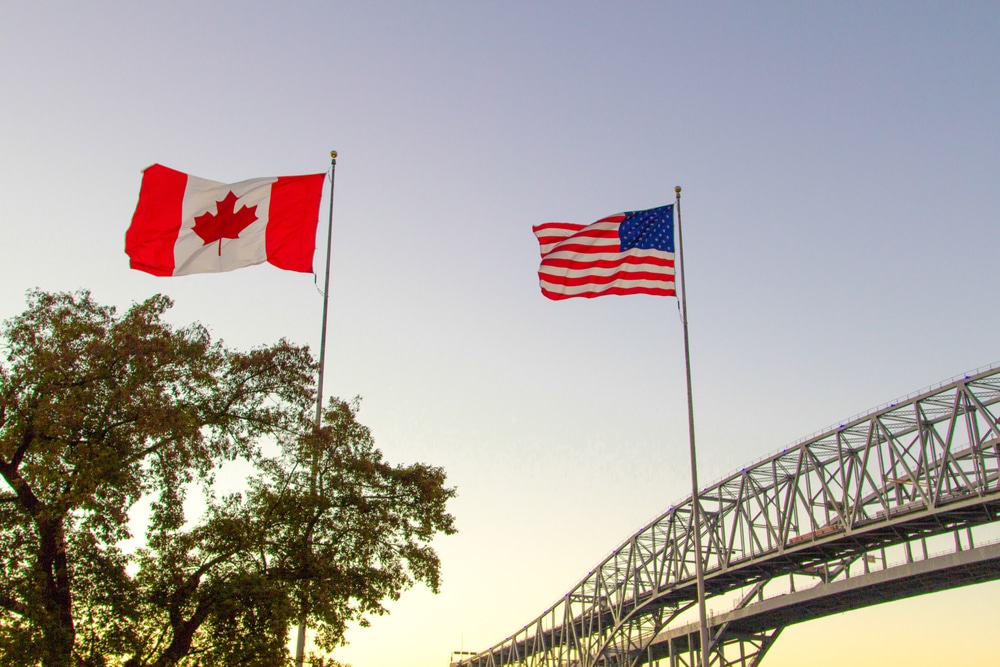 Often our customer service department receives questions about the differences between an eTA and ESTA. While the first concerns the Canadian electronic travel authorization, the Electronic System for Travel Authorization (ESTA) is the correct authorization for travelling into the United States.

Therefore, the two systems elaborate two different authorizations, each one authorizing the entrance of the traveler at the border of one of the two friendly and neighboring countries.

Each year USA and Canada are destinations for many of our compatriots, who travel there for work, tourism or study reason.

Esta USA and Eta Canada have been created to enhance and strengthen the national security of their respective countries, hence they have many elements in common.

Given the requests of info and clarification received, we have created this article to clarify the similarities and differences between the American ESTA and the Canadian eTA. Let’s find out all the details.

As previously stated, ESTA is the acronym for Electronic System for Travel Authorization, that is a system for online authorization to the United States. Some people also know it as ‘ESTA USA’ or ‘ESTA United States’.

The ESTA has a streamlined procedure, and it is available solely online. Usually, the issuance of the authorization takes only few minutes, in certain cases up to a maximum of 72 hours. It is tied to the traveler’s electronic passport number.

Managed by the US Department of Homeland Security, ESTA aims to profile every single traveler about to embark to the United States. In this way, intelligence has a way of knowing in advance who wants to enter US territory. Profiles deemed unsuitable and who will be denied ESTA, will still be able to apply for a traditional US visa at the embassy.

What is the eTA?

It is also known by some travelers as ‘ESTA Canada’ or in French speaking countries as AVE Canada (autorisation électronique voyage). In reality, as we have already seen, the ESTA is a document belonging exclusively to the country of Stars and Stripes.

The eTA also has the 100% online procedure and is issued within a maximum of 72 hours after completing the eTA form, although it normally takes a few minutes to get approved. The eTA will be bound to your valid travel document, that is in this case, your UK or Irish passport.

The authorization is issued by the government of Canada, and has the same objectives as ESTA: to profile who intends to land on Canadian territory in advance.

Also in the case of the eTA, anyone who sees his request being denied can still apply for a visa at the closest Canadian embassy or consulate.

What are the differences between eTA and ESTA?

The first big difference, as we have already made clear, concerns the countries to which they refer. While one is a document issued by the Canadian government and therefore valid for travel to Canada, the other is issued by the US government and equally valid for travel to the USA.
There are other peculiarities that separate ESTA and eTA, let’s see what are the other differences between them.

How long before should I apply for it?

This unites both eTA and ESTA: in both cases, you can fill out the form up to time for the check-in. However, it is highly recommended to apply well before purchasing the plane ticket. 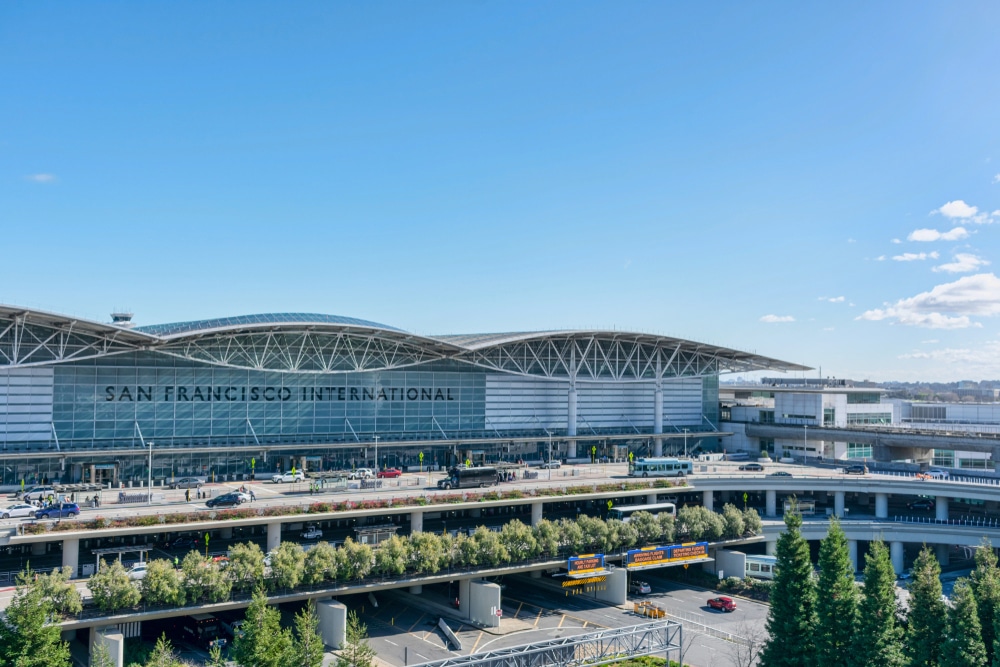 Why before purchasing the flight ticket? This is the safest scenario: in the remote case in which the electronic authorization is denied, the right to apply for a traditional visa is always available but the procedure is way more time consuming.

Having time to complete the visa request procedure, would allow you to obtain the travel document authorization first and subsequently buy your flight and eventually embark for the United States or Canada.

On the contrary, if the request of the authorizations is made while already on the way to the airport, if something goes wrong there will be no time to fix the issue. You will simply lose your flight.

Are there any differences in validity between ESTA and eTA?

Yes, the validity of the permissions is different. Let’s see each case:

Which nations are admitted?

Citizens of some countries can travel to Canada or the United States without a visa, subject to the specific rules for single admission.

The updated list of nations is slightly different between the United States and Canada; we summarize it below:

How long can you stay in the country with one of the authorizations?

With an eTA, you can stay in Canada up to 180 days after entry or the date printed on the entry stamp on your passport.

In the case of the United States, a traveler who enters with the ESTA can stay up to 90 consecutive days each trip and 180 in total during the year. Meaning that multiple entrances can’t exceed 180 days of sojourn in total.

Is it enough to have one between ESTA and eTA or both are needed?

The answer is: it depends. You will need to have both valid authorizations if, for example, you are British or Irish and you will be traveling to both Canada and the United States by air or Cruise.

You will be able to enter the USA or Canada through airports and sea ports only with a valid electronic authorization or a visa.

The answer changes if, on the other hand, entry will be made via land. Entering the country via Land in fact doesn’t requires a valid travel authorization. 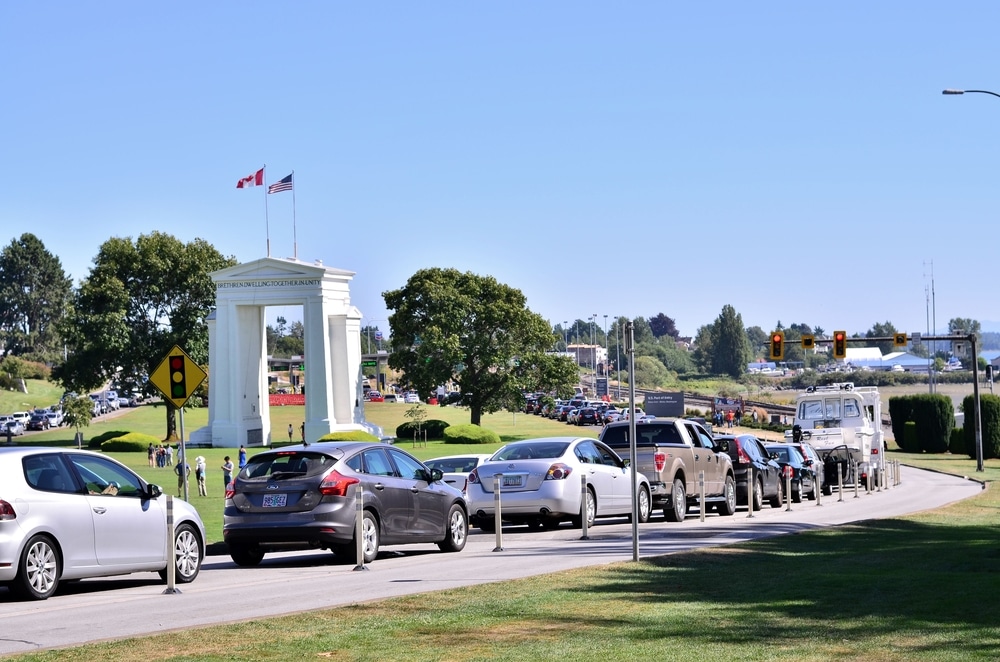 For those who arrive by air in the United States on a flight and then travel to Canada by car, all that is needed is ESTA.

Instead, in the opposite example, whoever disembarks at Toronto airport (or any other Canadian airport) and then drives to New York (or another American city), all he needs is just an eTA Canada.

After completing the formalities at the Canadian airport of arrival, the traveler is free to drive into the United States.

How to apply for an eTA?

An eTA Canada can be requested by filling in the specific form, available in English, which you can find online on this link. All you need is your passport, an active email account and a credit card for payment. PayPal is also accepted.

How to apply for ESTA?

The USA ESTA can be requested by filling out the form on this link, where also in this case the form is in English. You will need your UK or Irish electronic passport, an working e-mail address where you will receive the authorization and a credit card for payment or a PayPal account.

As we have had opportunity to note eTA and ESTA are very similar electronic authorizations. Some differences regard the period of stay, of validity of the document and lastly the countries admitted to the program.

They follow the same line of strengthening security, fruit of agreements between the United States and Canada.

Indeed, an increasing number of countries are introducing similar measures to control the flows of people traveling across their borders.

The European Union for example has introduced the ETIAS (European Travel Information and Authorization System) for the Schengen area, which initially was planned to be active from 2021, now postponed to 2023.

The United Kingdom is also working on its own eTA system. It should kick in in 2025.

Before boarding the plane that will take you to North America, it is important to remember that both authorizations do not guarantee entry into their respective countries. Visitors are allowed to travel and disembark in Canada or the United States, depending on the document they possess, an eTA or an ESTA.

But only an immigration agent from Canada or the United States will actually have the last word to grant entry into the countries. This fact is very much analogous to what happens when in possess of a traditional visa.

If you have other questions, we invite you to consult the FAQs page, where you will find lots of other information on eTA. We wish you a pleasant journey!